Perfume Of The Soul 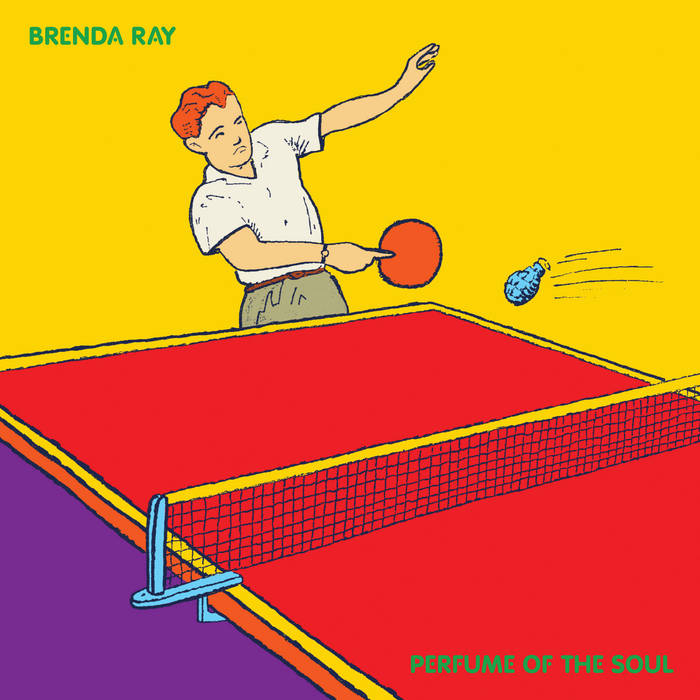 
Emotional Rescue reaches its 100th reissue in its 10th year with a landmark, a collection of previously unreleased songs from Brenda Ray. Encouraged and cajoled since the label’s inception, Brenda Ray’s (Kenny) music has gone from cult curio to cult status in that time, as her mix of DIY / post punk, dub reggae, jazz and pop transcends reached admiring audiences.

Following the completion of Naafi Sandwich in 1985 and the subsequent recordings as Brenda And The Beach Balls – the sought after Volume 1 LP in 1986 and three singles on Siren/Virgin in 1987/88 –her releases might of stopped for almost two decades but she never stopped recording.

The 10 songs show not only continuous activity in her North-West home studio, but to be consistently creative, moving forward and relevant. Hip-Hop, Street Soul and House all feature alongside Brenda’s unmistakeable Be-Pop-Dub-Pop song writing. Working as always with partner Gerry Kenny aka Sir Freddie Viadukt, plus a cohort of friends joining across the sphere.

Eugene Lange returns with the rap attack of ‘Dancehall Exocet’. A conscious poetic stream over “Minister of Noise” industrial beats with backing and counter from Brenda, shows the breadth she was exploring at this time. Crude synth bass and chiming 4/4 percussion follow on ‘This Was No Dream’ with soft, humming vocals encapsulating some proto-house romantic escapism, before Eastern influences mix with flute, strings, bells and a doo-wop skiffle on the aptly named ‘Tequila Sam’.

The album closes with a nod to what’s gone before, in ‘Return Of The Theme From A Tall Dark Stranger’, an update on her “Volume 1” classic, all is replayed, overlayed and “mad”-mixed, Brenda’s studio mastery shining through. An acoustic return of ‘Love’s The Most’ bring the album to completion, but this is by no means the end but hopefully, the start of more undiscovered and discovered mini-masterpieces from Brenda Ray and friends to see the light of day.