Nowhere Like Here (Love Songs From the Caribbean And Diaspora) 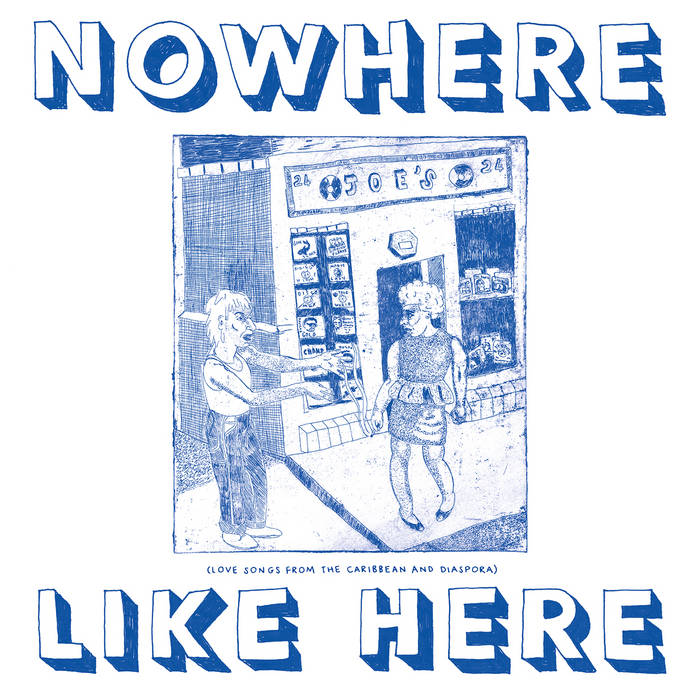 Emotional Rescue is delighted to debut a first. Rather than a straight reissue of an (obscure) classic or a collection of music by an artist or label, here presented is a compilation of various artists centered around a sound and movement – reggae-tinged music and how it influenced and spread from the Caribbean and diaspora.

Drawn from the off kilter digging of archivist, DJ and collector Bruno (perfectliv.es), Nowhere Like Here is not a follow up, but a sideways accompaniment, to his recent and already cult like ‘Perfect Motion’ collection of left field pop and new wave, recently self-released with Flo Dill (NTS).

This is a special release to celebrate the label’s 10th year and beyond, offering a treasure trove of lo-fi and often pop inspired reggae cuts, mixing heartfelt Lovers Rocks style paeans and quirky private press oddities, all guaranteed to ‘make-a-move and tap’, these are, in the main ridiculously rare or impossible to find “alternative” bombs, that are just as sound system rocking and massive bass line quaking showcases of the enduring legacy of this Jamaican music phenomenon.

As with much of the early 80s period, the music community was in the throes of a Do-It-Yourself cultural renaissance as small labels, where crazy limited, one off “White Labels Only”s came and went. Songs like Avalanche ‘s ‘Your Love is Such a Good Thing ‘or Warp Speed’s ‘Take It To The Night’ were part of the claiming the means of production in to their own hands, pressing up the records and self-distributing. This raw, naïve exuberance can be heard in the songs themselves. This is not reggae or Lovers as known, but something more expressive. Musical, simply produced, but with intelligible and uplifting optimism that is just superlatively catchy.

While Paul Thompson’s ‘Can I Take You Home’ and Ras Ibuna’s ‘Black Beauty’ are more straight-ahead Lover’s style cuts, there is the parallel dance pop “private pressing” vibrations of the two Keith Robinson songs and Majority’s ‘Caroline’ included – all part of a thread; a “joining the dots” that Nowhere Like Here is at its most basic, a warmth the whole album exudes.

This is not a “Lovers Rock Hits” of some, but a left-of-center versioning, spread across Double Pack and cut loud for DJ play, fitting the ethos of Emotional Rescue by presenting something most will not have heard before and all the better for it.